Wings 4 upgrade
How to upgrade 4 wings

Quest system
How to complete 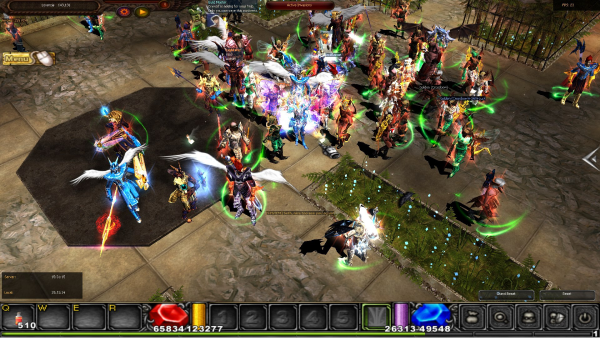 Dear Mudream players, we're glad to inform you that the DDOS attack was repulsed and that the functionality of our site and server was restored, at the same time the so called competitors are still trying to harm us however their efforts are in vain.

Mudream team promptly identified the vulnerability, but it took us some time to solve it. We apologize for the inconvenience you experienced with logging into the game and accessing the site. Now your comfort playing the game is not threatened. There is a good saying -- What doesn't kill us makes us stronger. We investigated the case, we realized who we are dealing with and most importantly - we realized that we are moving in the right direction. As a compensation for the inconvenience caused, we will thank each and every player who suffered from the DDOS attack with their current level of progress. Some players had difficulty logging into the game, some did not. Some got tired of periodic reconnections and went about their own business. One way or another, it all had an effect on the player rankings. We believe that the distribution of awards depending on the progress of the character, in the top, at the time of removal of the DDOS attack - it is objective and fair.

1-81 places will get 1 day of Gold subscription

All others will get 4 days Gold + 15 million Zen

* If you already have a Gold subscription, it will be prolonged for the specified number of days.

** if you already have a Silver/Bronze level of subscription, it will be extended for 3 days + 25 million Zen

Once again we apologize for the inconvenience and thank you for choosing our project.

Before Castle Siege
We are open

Jewels will be charged from your Jewels Bank